Now that I’ve finished working with 3s and 4s at summer camp, I’d like to take a few moments and reflect on my experience with some pearls of wisdom I picked up.

1). Mercedes is a color.
You would think that I’m wrong here, but this happened to me twice, with two separate kids, in two separate sessions of camp.  Allow me to set the scene: I drag a kid outside to wait for Mom to pick him/her up.  It’s sunny, hot, and I’ve just spent 6.5 hours hauling around 10-14 kids.  I still have hours of work ahead at me at home.  I look out at the sea of cars.

Clearly, the color doesn’t matter when Mom has the money for a Mercedes.  That, or Mercedes is the new black.

2).  If you get called by the wrong name consistently, you will learn to respond to it.
I was both on the giving and receiving end of this one.  For the first 2 weeks of camp, we all thought the girl’s name was pronounced Ah-van-nee.  She eventually tells us that it’s Av-nee.  So what happens when we start calling her by her correctly pronounced name?  She only pays attention when we mispronounce it.

Similarly, I now respond to both “Lyndsie” and “Mom.” 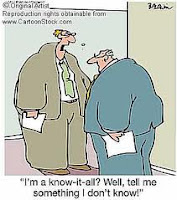 3). There is a 4 year old out there who will always think he’s smarter than you.
This drove me crazy.  Not only was this kid bossy, but he knew EVERYTHING, and nobody could tell him otherwise.  According to him, he was the oldest, he was the tallest, he was the only one allowed to drink soda, he should always go first, etc.  And he never shut up!  It’s probably bad, but I eventually learned to just tune him out.

4). Parenting goes a long way.
I pretty much already knew this from teaching, but camp certainly enhanced it.  The kids who were the best behaved, the most respectful, and the most mature were picked up by Mom or Dad.  The kids that were holy terrors were picked up by babysitters, nannies, or just random people.  We had one poor kid who never knew who was picking him up, because it changed so often.  Needless to say, he was the one we spent most time in the office with, or calming down after a meltdown.  Spend time with your kids, people.  It’ll be worth it in the long-run. 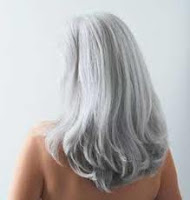 5). I’m old.
Now, I probably already knew this one as well.  But after spending 6 weeks with co-workers ranging from 4-14 years younger than me, I was smacked in the face with it.  I think the worst of it hit me when one of my counselors remarked that it had been 6 years since she had been a camper.  I realized that 6 years ago, I could have been her counselor.  I was going into my Sophomore year of college and was STILL older at that point in time than she is currently.  I also had several occasions of my Aides/CITs saying to me, “You’re HOW old?  At least you don’t look it.”  Yeah, I just found my first gray hair last weekend.  Thanks.  Wait til you’re my age, ladies.

Overall, camp was an enlightening experience.  I’d say that there were as many good parts as there were bad parts.  Not a horrible way to spend six weeks.  But, it sure was a great way to make me appreciate the freedom of the next six weeks.

One Response to Lessons Learned at Summer Camp